SHERRI BEVAN WALSH was elected Summit County Prosecutor in 2000 and has been recognized on both the state and national levels for her outstanding leadership. She was honored as Public Official of the Year by the National Association of Social Workers for her commitment to crime victims, named Prosecutor of the Year by the Ohio Patrolmen’s Benevolent Association for her aggressive prosecution of criminals, and has been recognized with more than 20 awards, including Most Improved Child Support Program in the country for her management of Summit County’s Child Support Enforcement Agency. Her local honors include a Public Service Award from Summit County Children Services and recognition as a Hudson Hero by the Hudson Rotary Club. 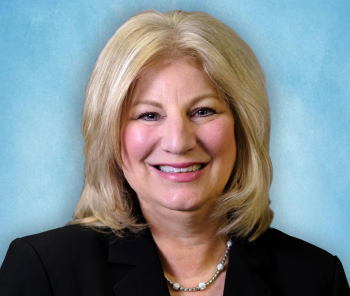 Prosecutor Walsh is the Past-President of the Ohio Prosecuting Attorney’s Association and is Past-Chair of the State Victims Assistance Advisory Board, an appointed position by the state Attorney General. In 2013, she was appointed to co-chair the American Bar Association (ABA) Crime Victims Committee, and was voted to serve on the Executive Committee of the National District Attorney Association.

Prosecutor Walsh’s goal is to aggressively prosecute criminals and ensure that victims receive support and assistance throughout the criminal justice proceedings. In 2014, her criminal division prosecuted more than 4,000 cases of felony crimes in Summit County, with a conviction rate of 98 percent.

Ms. Walsh has been an attorney in the Summit County area for 30 years. She previously served as an Assistant Prosecutor for the City of Akron, a Magistrate in three Summit County courts and as a Police Legal Advisor. She also was a partner for 10 years in the law firm of Bevan & Associates.